“L” is for LEGO. And the LEGO Calendar tells me it’s spring! 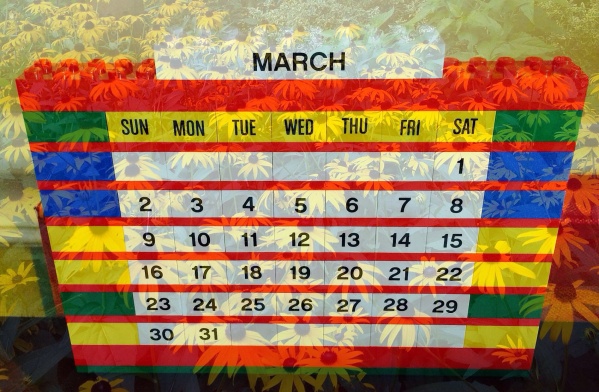 Click on the A – Z challenge banner to visit frizz and while you’re there, take a listen to some of his tunes.

Thanks for stopping by… 😉

After the week we’ve had here, nothing would make me happier than to be sitting on one of these, iced tea in one hand, a good book in the other.  Come ooooooon summer!

Our little deck at our little house at the Jersey Shore.

Our deck here at home.

Either will do nicely.

to get to frizz’s blog and see more on his “D” challenge.

Apparently we are in the grips of a polar vortex.  It doesn’t take a genius or a meteorologist to know polar vortex equals COLD.  My car is telling me this! 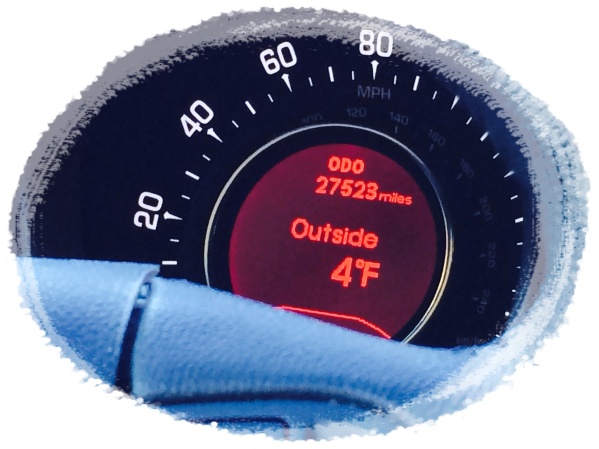 “C” is for COLD!  Which is just what it is around here.

The icicles hanging precariously from our gutters are another indication.

As COLD as it was, my son broke out the shovel and my husband, the snow blower.  Me?  I thought supervising – from inside a warm, cozy house – was the smart thing to do. 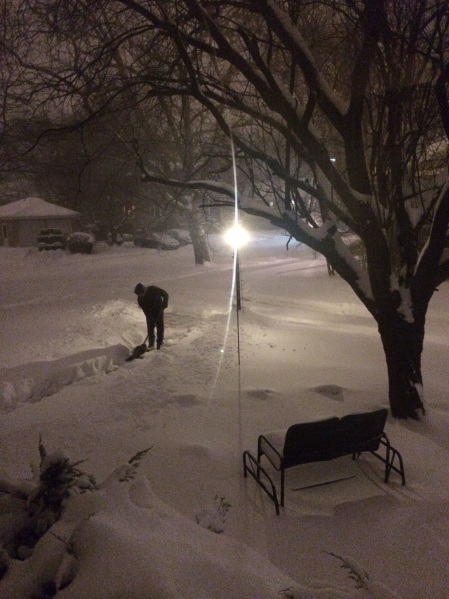 Cover up, people and stay warm.  I hear it’s not over yet.

Click on the A-Z icon to visit our host, frizz @ Flickrcomments.

The Academy of Natural Sciences in Philadelphia splashed their second most popular exhibit in the  Philadelphia Inquirer this week, and it works for this week’s letter “B”.

Dinosaurs are the most popular exhibit, but “D”s not for two more Tuedays.  “B” is for beautiful, bountiful, brilliant, butterflies.

Extra! Extra! Read All About It!  Or better yet, if you’re in the neighborhood, visit the museum.  It is on my list of to-do’s.

Before rushing off to do that, visit flickrcomments by clicking on the icon below.

A blogger friend (Janna Hill ) suggested mixing apples with lemons and then doing the dunk with some thick creamy carmel. Results: Applicious!!!! “A” is for apple, frizz. 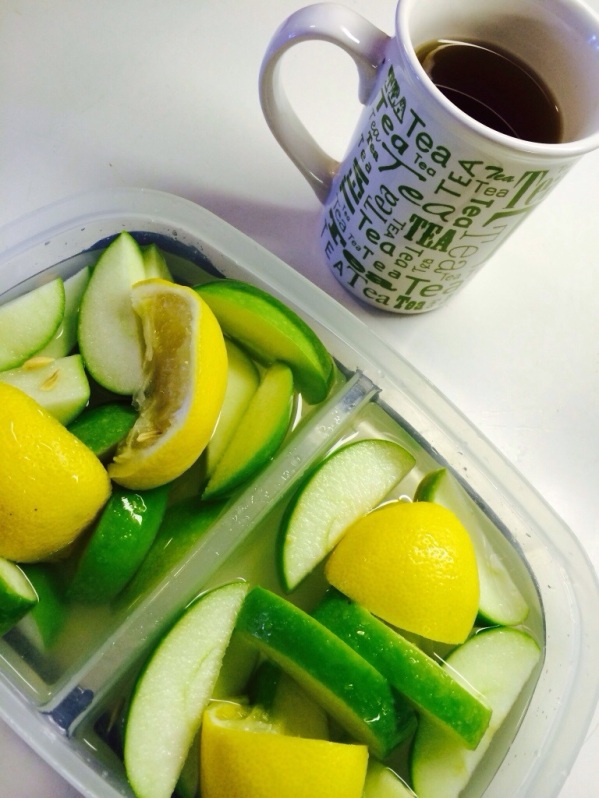 Click the image below to see more of frizz’s A-Z Challenge.

As much as he loves me, he was missing his ‘dad’.  I wonder what he’s thinking.

Click on the A-Z to see more of Frizz’s photos and to hear him picking on his guitar.

Not too long ago, Jeff and I made our wish-list-visit to the local cycle shop.  This was hanging in the back of the place.  It says it all.

A one Hundred year Heritage of riding with respect

This was mine – 10 years ago.  Those days are gone but the love of riding remains.

HHH is for Harely. 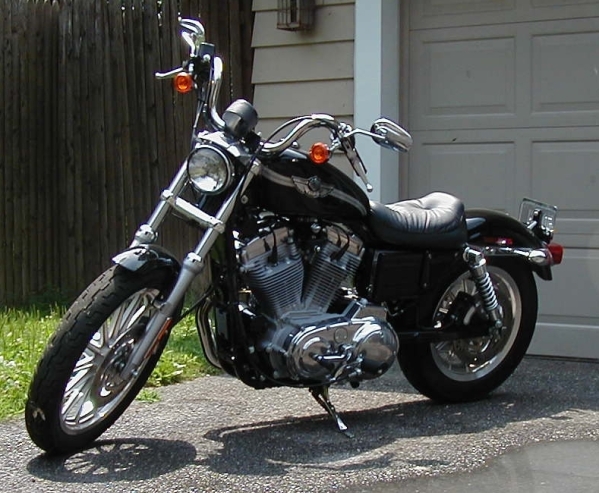 HHH is for Happy on a Handsome Harley 🙂

Click on the A – Z icon below.  It will take you to frizztext’s fascinating blog, and some of his great guitar sounds to listen to while browsing. 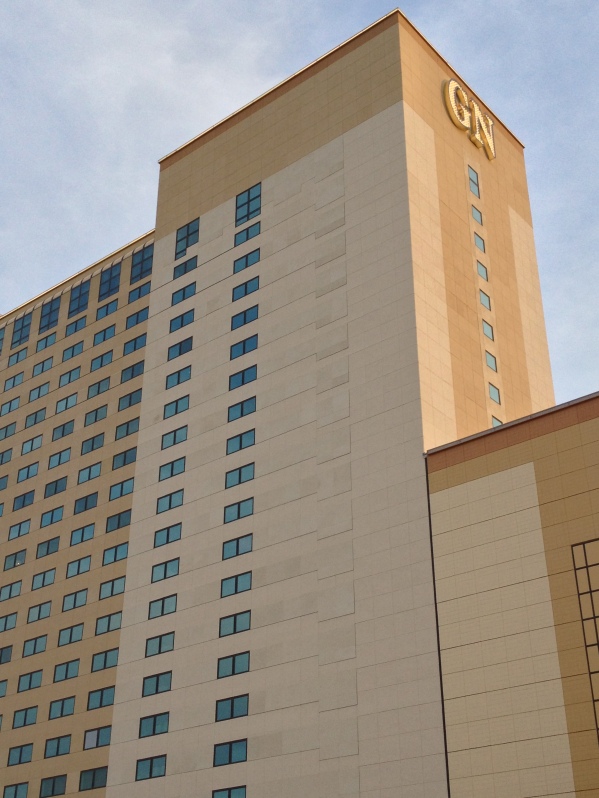 Jeff and I have been to the Golden Nugget in Atlantic City for dinner, for a little bit of decadent gambling (just a little), and recently for a concert.  While waiting to enter the venue assigned to Foreigner (yes, I’m that old), I noticed something sparkling inside a glass display.  Now if this doesn’t qualify for GGG, I don’t know what does! Whoa!  Talk about hitting the lottery!!!

In the event that you’re reading this on a tiny hand-held golden piece of technology, the inscription says:

The Hand Of Faith Nugget

This magnificent gold nugget, the largest on public display in the world, was discovered using a metal detector.  Lying six inches below the surface in a vertical position, it weighs a massive 875 troy ounces (61 pounds, ll ounces av.)

A Man, who has chosen to remain anonymous, his wife, and four young children were prospecting behind their modest trailer home when they made this spectacular find.

Not to be outdone, and right across the road from the Golden Nugget, stands The Borgata Casino and Water Club.  When driving by, and when the sun is just right, this bit of architecture looks like a twinkling pile of prospector’s golden delight, looming out of the earth. 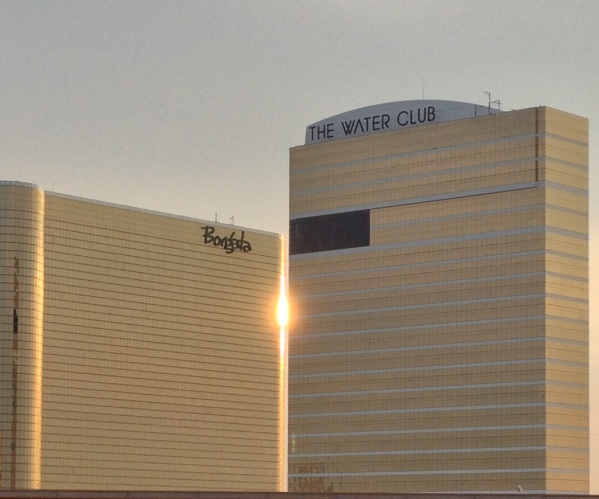 Now don’t be fooled by all the GGGold.  This lady hasn’t seen one single ounce of it!  But the night is young. 🙂

Thanks to FrizzText at FLICKR COMMENTS (yes, no e in flicker) for hosting this challenge.  Click on the icon below to visit.  No really!  Do it!

Having been a teacher, I don’t know why it took me so long to join in the FrizzText A-Z Photo Challenge.  Of course I didn’t graduate college and become a teacher til I was 51.  Now if that doesn’t make me a procrastinator!  So, as is my M.O., I’m late and coming in on the F’s and I’m not sure I’ll make it to all the challenges (also my M.O), but here’s my FFF’s – and I know I’m being obvious, but I’m coming in with FLAG!

This beautiful property down the road a piece from our shore house is flanked with miniature flags.  Then, last night, we were taken by surprise when we went into town back home, and they were holding a National Nite Out in Collingswood.  The flag was not so miniature there.  Appropo though.  No?

Well, that was FUN!  Now, make your way over to FrizzText blog  by clicking here and see more of his challenge.  And for an extra treat, you can listen to Frizz and his magical guitar on SoundCloud while you’re perusing.

Hey hey, and welcome to my blog. You're invited to 'like', 'comment', 'browse', 'peruse' and 'bounce around', just please keep it upbeat and fun. I'm working on a positive attitude here! One click will take you to my latest post, and you can work your way from there. Enjoy and thanks for visiting.